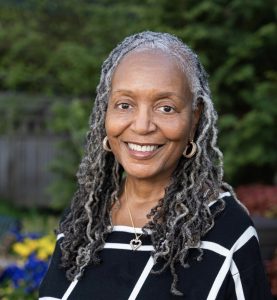 Patricia E. Green is an award-winning public relations expert whose work reflects an understanding of communications strategies for a changing world. Her unique approach appeals to diverse segments, from business, government, and nonprofit leaders to the under-served, from high profile to global audiences.

Recognized as a global bridge builder, Patricia launched trade missions to the UK. She organized four US delegations through relationships with the European Federation of Black Women Business Owners, Jamestown 2007, and UK Trade & Investment.

Because she embraces the power of connectivity, Patricia taps into her database of trusted messengers who deliver client brands to target audiences. Her partners are in the thousands and make for good storytelling and media interviews. PR NEWS ranked Patricia among the top 50 game-changers in public relations.

At the Patricia Green Group, we begin with an idea, a brainstorm, and a collective vision that results in key messaging directed at targeted consumers. From celebrities to engineers, Eco-friendly businesses, government agencies, and non-profits to clients with billings in the millions, we build confidence and trust in our ability to produce a measurable outcome.  We recognize that an interconnected global community dictates a fresh approach rooted in ethics. Openness, dialogue, credibility, and transparency are the hallmark of our success. We create branding opportunities across cultures, sub-cultures, and interests and live by corporate values of integrity, sustainability, and proven results that generate the buzz. Maximizing the competitive edge is the commitment of our multicultural and multi-generational team.